We live in the Scottish Borders and have travelled widely.

Professor Paul Starkey MA, D.Phil, LRAM, ARCM (b.1947) is Professor Emeritus, Durham University, and is currently Vice- President of of the British Society for Middle Easetrn Studies (BRISMES). After obtaining his D.Phil from the University of Oxford, Paul worked in the Civil Serice Department, the CCTA and the Treasury before taking up a post as Middle Eastern Librarian (and subsequently Lecturer, Senior Lecturer and then Professor) at Durham. He has served at various times as Director of the Institute for Middle Eastern and Islamic Studies and Head of the Arabic Department at Durham University, and was also Co-Director of the Centre for the Advanced Study of the Arab World (CASAW).

Paul is an active member (and former Chair) of the Association for the Study of Travel in Egypt and the Near East (ASTENE); EURAMAL (of which he was formerly Secretary); MESA, and Chair of Travellers in Ottoman Lands TIOL2.

A prolific translator, his numerous translations of modern Arabic literature include novels by Edwar al-Kharrat, Mansoura Ez-Eldin, Youssef Rakha, and most recently Mustafa Khalifa. Paul won the 2015 Saif Ghobash Banipal Prize for Arabic Literary Translation for his translation of Youssef Rakha’s ground-shaking The Book of the Sultan’s Seal: Strange Incidents from History in the City of Mars. He has recently completed a translation of Fractured Destinies, by Palestinian writer Rabai al-Madhoun, to be published by AUC Press in 2018. He is also a Contributing Editor of Banipal Magazine of Modern Arabic Literature, to which he regularly contributes translations, reviews and articles. In 2008 he was a judge for the International Prize for Arabic Fiction (IPAF) award. He has several times acted as mentor fon the Emerging Translators sveme run by the University of East Anglia and Writers' Centre Norwich.

He also plays the organ at Christ Church, Duns; and was on the Duns Scotus Organising Committee 2016 to mark the 750th anniversary of Duns Scotus's birth. 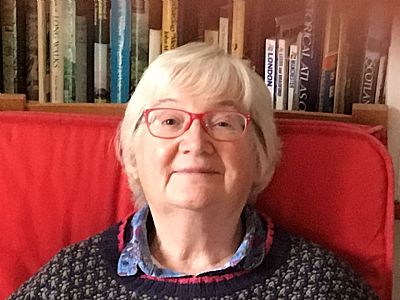 Dr Janet Starkey MA (Hons), M.Phil, PhD, (b.1948) grew up in the Middle East and has published many books and articles on the region. After assignments in the Middle East (Jordan, Oman, Qatar, Kuwaitetc.), she worked at the British Museum and then the Oriental Museum, Durham. She became Peripatetic Ethnographer for North-East England and then lectured at Durham University in Scoio-Cultural Anthropology, Material Culture, Artefact Studies and Middle Eastern Studies for many years. She only obtained her PhD in 2013 after she retired but featured in the University of Edinburgh alumni pages!

Her latest book, The Scottish Enlightenment Abroad: the Russells of Braidshaw in Aleppo and the Coromandel is cwas published in 2018 by Brill in Leiden.

With family roots in Aberdeenshire and Banffshire that can be traced at least back to the 1690s and continue to the present, she returns to explore her family heritage through her new publication, Strathbogie, the Gordons and the 'Land o'Cakes', published in September 2017. 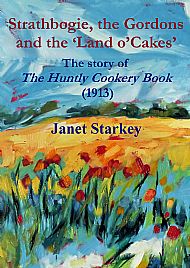